Saudi Arabia – (warsoor) – JEDDAH: With the project “Sacrificial meat for the people of my country,” the Nama Charitable Society distributed 219 tons of sacrificial meat to more than 10,000 families on Eid Al-Adha.

Sadiq bin Abdulkarim, the general manager of the Nama Charity, said that the “Sacrificial meat for the people of my country” project was launched with the aim of feeding the poor and needy members of society and who deserve it. 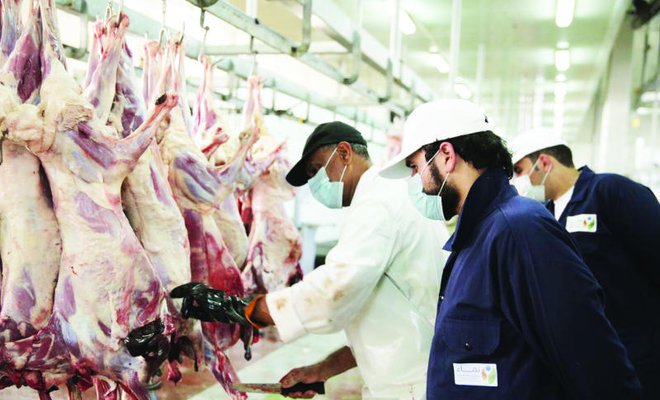 He said with the launch of this project, they tried to bring some cheer to families during Eid and celebrate it with joy like other members of the community.

He thanked all the participants who helped the charity in providing 219 tons of meat for the poor and needy families, and the 185 volunteers who not only supervised the sacrifice of the animals at 10 slaughterhouses, but also packed and distributed all the meat with dedication to beneficiary families.

He also thanked those who made the database of beneficiary families, and registered them with the charity.

He explained that the sacrifice of the animals and distribution of the meat started on the first day of Eid, and continued until the third day. Transporting the meat to the beneficiaries was a hard task, but the dedicated volunteers did this job very efficiently.

Abdulkarim also thanked the Makkah Governorate, the Ministry of Labor and Social Development, and the concerned government agencies, as well as the private sector and philanthropists for their contributions to the success of the project.

The Nama Charity of Makkah is an award-winning charity for social excellence recognized under the auspices of Makkah Gov. Prince Khaled Al-Faisal.