Skip to content
News Region
KUALA LUMPUR  – (warsoor) – Malaysia will send troops to Somalia as part of a humanitarian mission following prolonged drought in the country, says Datuk Seri Hishammuddin Tun Hussein.
The Defence Minister said the troops, along with assets, will be sent from Riyadh, Saudi Arabia.

“The decision (to send the troops) was reached after my meeting with Somalia Deputy Prime Minister Mohamed Omer Arteh Ghalib on Tuesday.

“He (Mohamed Omer) requested the ministry’s assistance in providing aid in terms of food, medicine and expertise of the Armed Forces’ medical unit,” Hishammuddin said in a statement Friday. 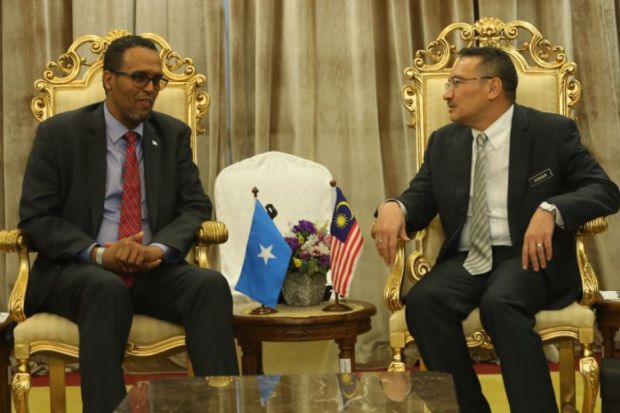 He added that Somalia’s request was brought to the attention of and approved by the Cabinet Friday.

Hishammuddin said three officers and 17 personnel from the Armed Forces Medical Core will be sent to Somalia.

“An infantry unit, consisting of an officer and 10 men, will provide security for the Malaysian delegation.

“Food and medical supplies will be flown to Somalia via a Hercules C-130 aircraft,” he said.

The Malaysian troops in Saudi Arabia were chosen to be sent to Somalia for their experience and expertise in evacuating Malaysians from Yemen, he added.

“Their training with Saudi Arabia’s army helped to get them used to the environment, thus enabling us to plan and execute the operation in Somalia,” he said.

Malaysia is also seeking assistance from Saudi Arabia, Bahrain, Qatar as well as Asean countries, on behalf of Somalia.