The attacker was mingling with worshippers inside the Baqirul Olum mosque in the west of the city when he detonated the bomb, said senior police official Fridon Obaidi.

The blast around 12:30 pm left a large crater inside the two-storey mosque. Bodies covered in blood could be seen on the ground among shattered glass. Police cordoned off the area as ambulances rushed to the scene.

“When the dust settled down, I saw the mosque was full of flesh and blood. I was injured in my waist and had to crawl out of the mosque.”

Another worshipper, Ali Jan, told AFP: “I was in the mosque, the people were offering prayers. Suddenly I heard a bang and windows broke. I had no idea what had happened. I rushed out screaming.” 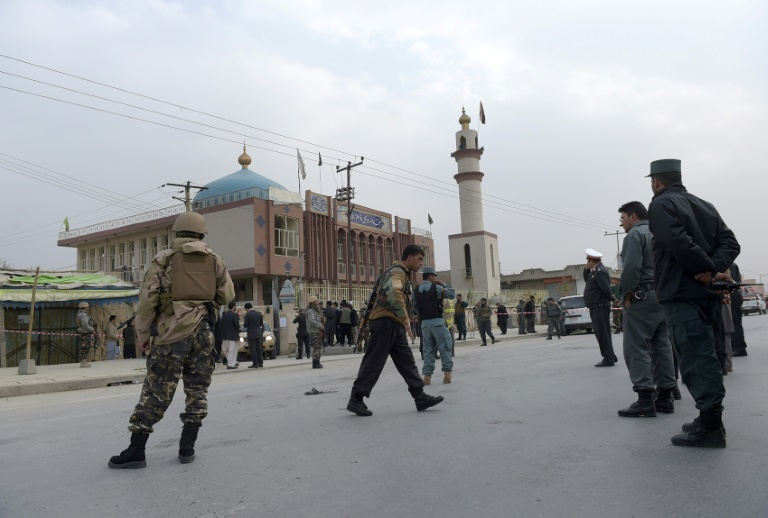 The worshippers were gathering for the major Shiite ceremony of Arbaeen marking the end of a 40-day mourning period after Ashura, which commemorates the death of Imam Hussein.

Hussein, grandson of the Prophet Muhammad, was assassinated in the year 680. His fate laid the foundation for the faith practised by the Shiite community, a minority in mainly Sunni Muslim Afghanistan.

The death toll given by Obaidi was confirmed by health ministry spokesman Mohammad Ismail Kawoosi, who said Monday evening the wounded toll had jumped from 35 to 64. Women and children were among the injured.

The UN gave a different toll of at least 32 dead and more than 50 wounded.

The Islamic State group claimed the attack in a statement via the jihadist-linked Amaq news agency.

President Ashraf Ghani said in a statement he strongly condemned the “barbaric” attack, which the UN called an “atrocity”.

NATO commander in Afghanistan General John Nicholson offered condolences and the US embassy in Kabul also condemned the blast, which Amnesty International called “horrific and deliberate”.