Iraq – (warsooor) – The Iraqi interior minister has offered to resign after a massive suicide bombing in Baghdad earlier this week killed more than 200 people.

Mohammed al-Ghabban handed authority on Tuesday over to his deputy, until Prime Minister Haider al-Abadi makes a decision on who will become the next interior minister. Abadi’s office had no immediate comment.

Ghabban told reporters that the government “has failed in having the different array of security forces work under a unified plan in Baghdad.” 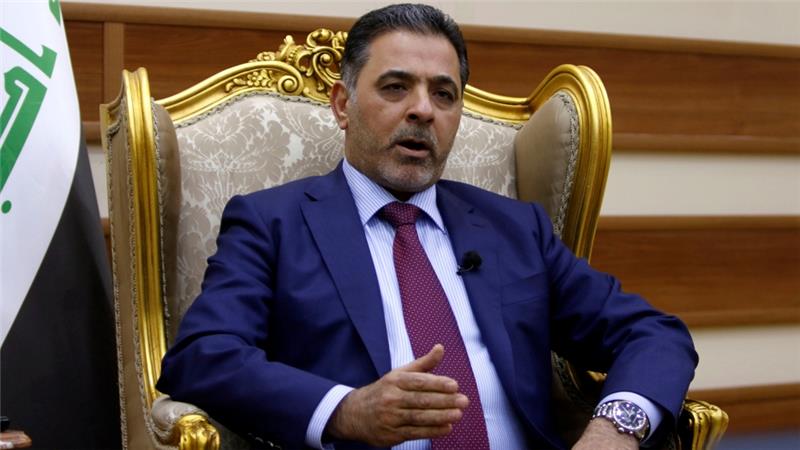 A devastating bombing on Sunday in Karada, a predominantly Shia neighbourhood in central Baghdad, hit a crowded marketplace. Many of the victims were women and children, and police have said that many people are still missing.

The bombing was claimed by the Islamic State of Iraq and the Levant (ISIL, also known as ISIS).

Later on Sunday, protesters marched from Karada to Abadi’s home.

Sunday’s bombing was the worst single car bomb attack in Iraq since the US invaded the country and toppled Saddam Hussein 13 years ago.

Many Iraqis blame their political leadership for lapses in security in Baghdad that have allowed large amounts of explosives to make their way past multiple checkpoints and into neighbourhoods packed with civilians.

“All the politicians in Iraq are responsible for these blasts, including Abadi,” a woman in Karada told local media on Sunday.

“We can’t enjoy the Eid; if it isn’t ISIL, it’s al-Qaeda, and if it isn’t the two, it’s the filthy corrupt politics in this country.

“We are being targeted while they are sitting safe and sound in their palaces. They are the ones who are allowing ISIL to come here and murder people.”

In an interview last month, Ghabban told Reuters news agency that ISIL bombings in the country’s capital would not end unless the “disorder” plaguing Iraq’s security apparatus was corrected.

Ghabban said there was an overlap in jurisdictions between security forces outside his control – including reporting to two counterterrorism agencies, two defence ministry directorates and regional security commands – and his ministry’s own counter-intelligence efforts.