UK – (warsoor) – A UK-based research group revealed that an arms “pipeline” that extends from Iran to Somalia and Yemen likely exists.

Conflict Armament Research (CAR) suggested in a newly-released report that a significant number of Iranian arms are being transferred to Yemen using dhows.

“CAR’s analysis of the seized materiel … suggests the existence of a weapon pipeline extending from Iran to Somalia and Yemen, which involves the transfer, by dhow, of significant quantities of Iranian-manufactured weapons and weapons that plausibly derive from Iranian stockpiles,” the report published on Wednesday said.

The results were found after the independent research group analysed three caches of anti-tank missiles, rocket launchers and other light and small arms that were discovered and seized by the US and its allies in the Arabian Sea.

CAR said the arms were “probably supplied with the complicity of Iranian security forces”, despite Iran repeated rejecting claims suggesting it supplies Houthi rebels with weaponry. 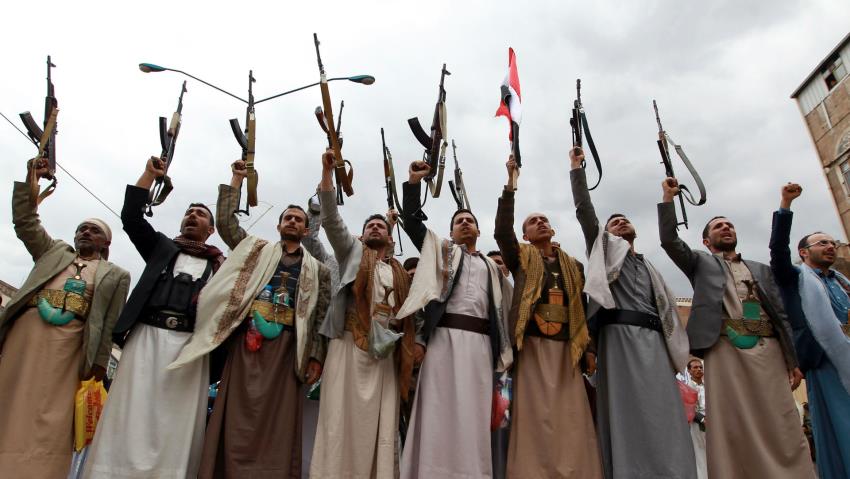 “These shipments are further evidence of Iran’s expansionist and destabilising behaviour in Yemen, fuelling the conflict and endangering Yemeni civilians and Yemen’s neighbours,” UAE ambassador to the UN, Lana Nusseibeh said in a statement on Wednesday.

“Such activity would be a flagrant violation of UN Security Council Resolutions 2216 (2015) and 2231 (2015), and the UAE calls on the Security Council to take all measures necessary to demand that Iran comply with its obligations,” Nusseibeh added.

“The UAE believes that Iranian arms shipments are undermining the important work of the Special Envoy of the Secretary-General for Yemen, Ismail Ould Sheikh Ahmed, to reach a comprehensive agreement to end the conflict in Yemen.

“The UAE shares the Special Envoy’s concern, expressed on Tuesday, over the unilateral declaration of a government by Ansar Allah and the General People’s Congress, which is only the latest manifestation of how ongoing arms shipments by Iran are instrumental to prolonging the conflict.”

Yemen has been rocked by conflict since the Houthis overran the capital Sanaa and other large parts of the country in 2014, prompting military intervention by a Saudi-led coalition in March last year in support of the internationally recognised government.

The United States and Saudi Arabia have accused Iran of arming Yemen’s Houthi rebels, and while Tehran denies the charges, the Saudi-led coalition battling the insurgents has since enforced maritime and air controls over the Arabian Peninsula country.

The UN says the war in Yemen has killed more than 10,000 people and wounded nearly 37,000 since March last year.