Deportations of convicted criminal migrants will also be sped up while police resources are to be greatly boosted under the security package drawn up by Interior Minister Thomas de Maiziere.

“Germans who participate in fighting abroad for a terror militia and who have another citizenship should lose their German nationality,” de Maiziere said. 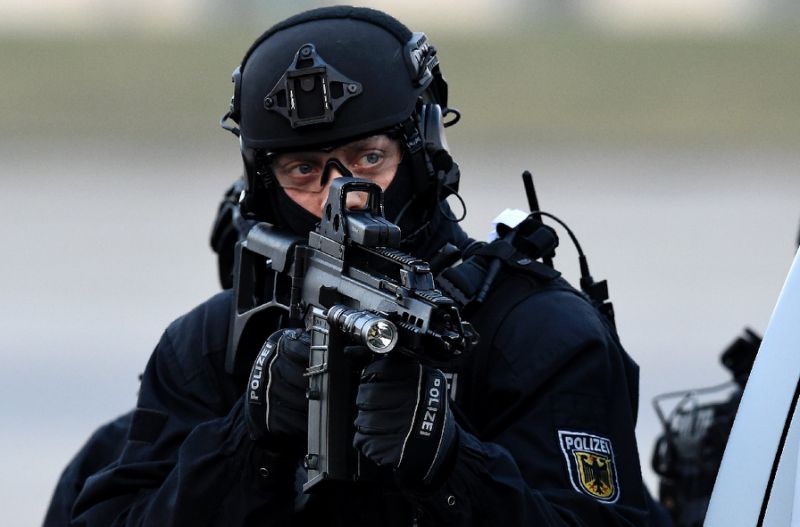 Around 820 people have left Germany to fight alongside jihadist groups in Syria and Iraq, according to estimates by German secret services.

With about one in three fighters having since returned to Germany, fears are running high of the threat they may pose on European soil.

The security package must still be approved by the country’s right-left coalition as well as in the German parliament, and the issue of taking away German citizenship could be disputed, with Green lawmaker Volker Beck swiftly condemning it as “desperate activism”.

De Maiziere himself also acknowledged that it “would be a difficult point” with the government’s junior coalition partner, the Social Democrats (SPD).

But making his case, he pointed to German legislation which already allows for citizens with dual nationalities and who fight for a foreign army to be stripped of their German citizenship.

So if someone fights for a terror militia that is similar to an armed force, and which calls itself an army, I don’t see why this should not be considered,” he argued.

SPD chief Sigmar Gabriel signalled that his party is “ready for discussions on anything that can contribute to reinforcing security”, but added that “we are not available for any populist quick fix”.

In the wake of the November 13 Paris attacks, French President Francois Hollande had proposed stripping convicted terrorists of their French nationality. But the suggestion had to be dropped after a fierce debate, as critics warned it would create stateless individuals.

Looking beyond the problem of homegrown jihadists, the interior minister also introduced plans to tackle threats posed by foreigners to Germany, including speeding up the deportation process for those convicted.

Germany’s toughened stance comes after two attacks in July by migrants in the southern state of Bavaria — an axe rampage on a train in Wuerzburg and a suicide bombing in Ansbach.

In Wuerzburg, the 17-year-old attacker was shot dead by police after injuring five people. In Ansbach, 15 people were injured after a failed Syrian asylum seeker detonated an explosive device outside a music festival, killing himself.

The link to migrants has put intense pressure on Chancellor Angela Merkel over her liberal asylum policies that saw 1.1 million refugees arrive in Germany last year.

With two state elections in September — at Merkel’s stronghold Mecklenburg-Western Pomerania and in Berlin — and a general election next year, concern is growing among the political mainstream that populist party, the AfD, could make record gains.

De Maiziere said the latest anti-terror measures should be adopted before the autumn 2017 elections.

On the policing front, the minister said he would seek a “four-digit increase” in police jobs, on top of a staffing increase agreed by the government for 4,600 new posts over the next year.

A special division will be set up within federal police forces that would coordinate security efforts in terror situations, he added.

And a new unit would be formed to draw up strategies and design products to combat cyber-crime and terrorism.

De Maiziere however rejected a call from conservative Christian Democrat state interior ministers for a burqa ban, saying: “We can’t ban everything that we reject, and I reject the wearing of the burqa.”