Thousands angered by Sisi’s decision to hand over two islands to Saudi Arabia called on April 15 for his government to fall in the largest demonstration since the former army general took office in 2014. Security forces dispersed a second protest. 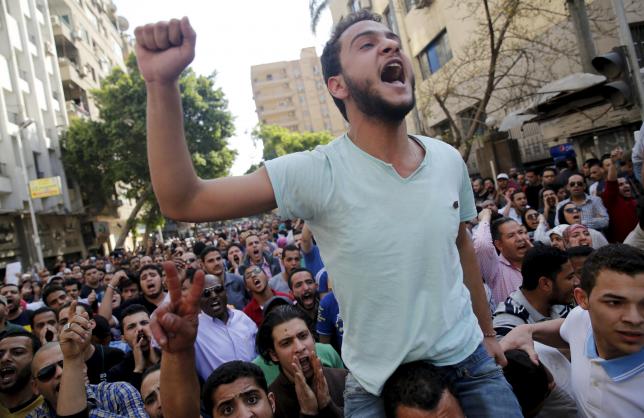 Security forces had arrested at least 382 people, Human Rights Watch said in a report this week.

The 237 appeared in four courts in Cairo and Giza suburb charged with demonstrating without permits, the sources said. The sessions were adjourned. They face jail terms of up to three years if convicted.

Sisi faces criticism for a government accord putting the uninhabited Red Sea islands of Tiran and Sanafir in Saudi waters.

Saudi and Egyptian officials say the islands belong to the kingdom and were only under Egyptian control because Riyadh had asked Cairo in 1950 to protect them.

There are no signs that Sisi’s rule is under immediate threat.