An Islamist insurgency in the rugged, thinly populated Sinai Peninsula has gained pace since the military overthrew President Mohamed Mursi of the Muslim Brotherhood, Egypt’s oldest Islamist movement, in 2013 after mass protests against his rule. 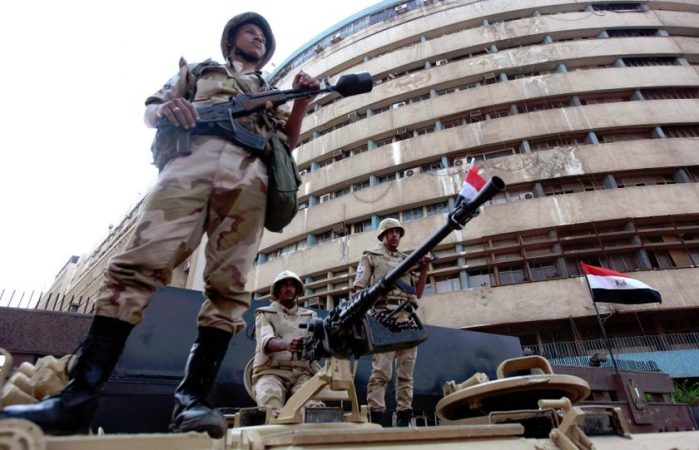 The air strikes “resulted in the killing of 12 highly dangerous … leaders of Ansar Bayt al-Maqdis”, the military said in a statement. It did not say when the aerial bombing took place.

Ansar Bayt al-Maqdis, Egypt’s most active militant group, swore allegiance to Islamic State in 2014 and adopted the name Sinai Province. It is blamed for the killing of hundreds of soldiers and policemen in attacks since then. The group has turned its guns on Egyptian Christians in recent months, killing around 100 in bombings at Coptic churches.

President Abdel Fattah al-Sisi carried out air strikes on militants in Libya in response to a deadly attack on Coptic Christians last month that left at least 29 killed.

Egypt’s military says it has killed thousands of militants in operations in Sinai. Residents of the Sinai say the high death rates include civilians.