Somalia – (warsoor) – A suicide car bomb and gun attack in the Somali town of Afgoye on Tuesday killed 11 people, including government employees, an official said, raising the initial death toll from four. 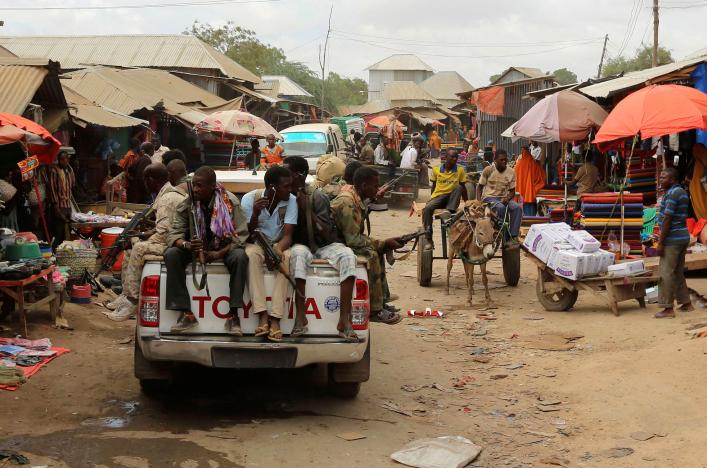 Militants from the al Shabaab group, which has been carrying out a series of deadly attacks in the country, drove a bomb-laden car into a police station, while others engaged security forces in a gun fight.

Afgoye is about 30 km (20 miles) southwest of the capital Mogadishu.

The police station, which was built with funding from the United Arab Emirates, was destroyed in the attack, the district commissioner said, adding calm had returned and the government was in full control of the town.