Uganda – (warsoor) – Dahabshiil Chief Executive Officer Abdirashid Duale says Africa will grow to greater heights if the countries in the continent continue to support each other to realise development for its people.

While echoing President Uhuru Kenyatta’s call for greater African unity, Mr Duale said African businesses have made tremendous growth within and outside the continent because of the support from Africans.

“As Africans we need to work together to build our economy and support businesses that create jobs in the region,” Mr Duale said.

Speaking during the second annual Diplomatic Forum organised by the diplomatic corps in Uganda at the weekend, President Kenyatta told African countries to open borders, connect people, increase trade, support innovation and promote African knowledge in their quest to compete equally with the rest of the world.

“As we seek to make the most of our potential now, we will need to drive the pan-African agenda as a tremendous ideological wave that will lift all the boats of African socioeconomic transformation,” said Mr Kenyatta.

He said rapid sustainable development was the last agenda of Africa’s freedom struggle and called on Africans to speak with one voice.

“Let us therefore strengthen the bonds of brotherhood and solidarity throughout Africa. At the same time, let us engage abroad to ensure that our voice is heard and interests secured,” he said.

Mr Duale, whose money transfer company has roots in Africa, said African businesses can compete equally or perform even better than others with support from Africans. 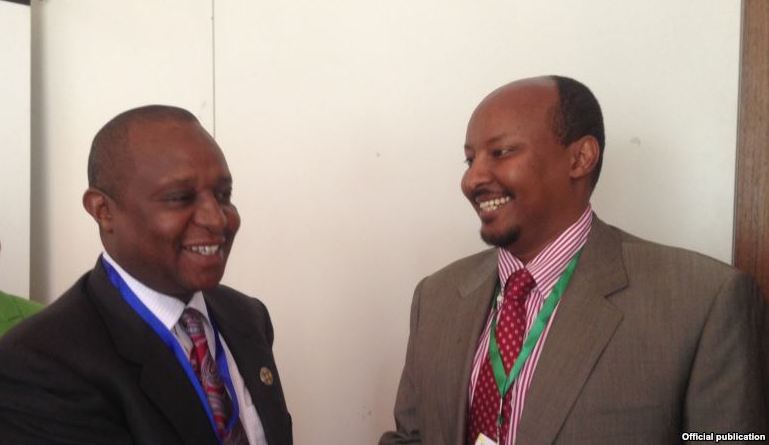 “Dahabshiil has grown to be what it is because of the support from Africa. We continue to work hard to grow even bigger. We have been able to make an impact in Africa because of the commitment we have to help improve the economies of our people through remittances,” added Mr Duale.

Dahabshiil is the largest African money transfer company with a global network and strong presence in East Africa.

During the Diplomatic Forum, Dahabshiil was among the 26 institutions that donated funds that will support the Uganda Cancer Institute in Mulago.