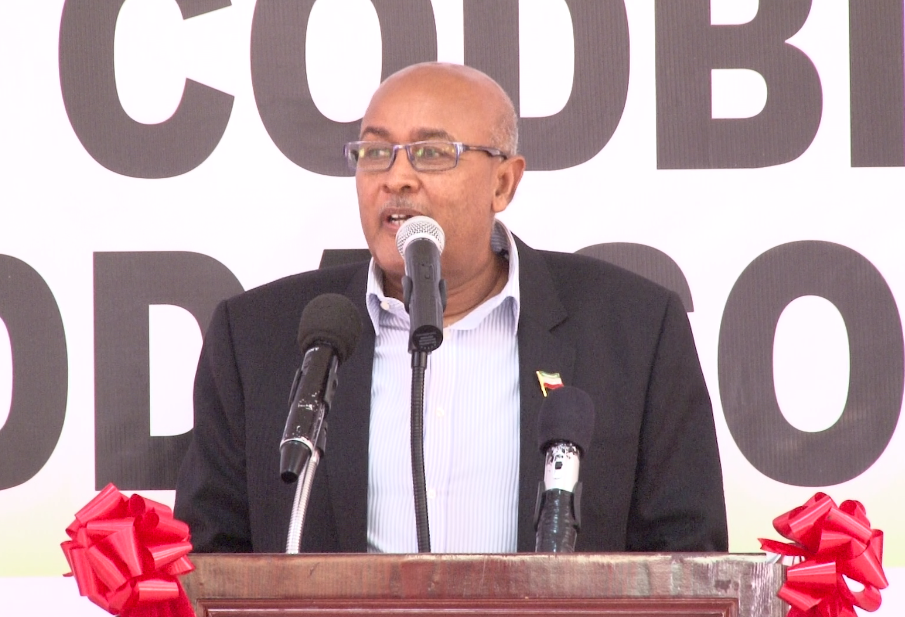 Today is a remarkable day and it shall forever be engraved in the history of our country Somaliland, because in many occasions afore time we tried to hold voters registration exercise but unfortunately failed. We are now celebrating the conclusion of this exercise which was done without any incidence or hitch whatsoever. I thereby congratulate the people of Somaliland for this accomplishment, I also send my best regards to the Somaliland National Electoral Commission (SLNEC) which played a pivotal role in ensuring a smooth running of electoral process. I thank everybody who may have contributed or been part of this initiative such as monetary or technical assistance it’s noteworthy to acknowledge the donor community and the government of Somaliland who have been instrumental in this success story.”

“Pertaining the election and the voters’ registration I would like to conclude my speech with these words in the olden days a good mother who had many children died suddenly then one of her children commented after the burial our mother has been buried honorably another child who was listening to the comment added that is if only after a sacrifice has been offered.  In this respect a good voter registration exercise has just ended what we need is that the elections should be conducted on time”.

“I thank the international community for their ardent support for Somaliland electoral process even though the government has contributed a large chunk of the election fund the donor countries should also contribute their share of the electoral fund”.

“My friends from the ruling party Kulmiye I would like to remind one thing during your time in opposition you were in good terms with the international community, when you conquered the six  provinces of Somaliland through the electoral process  you were very happy so I urge you not to undermine the global community relations.”