USA – (WARSOOR) – Speaking at the general debate of the 71st session of the United Nations General Assembly, the Minister of Foreign Affairs of Somalia underscored that no one nation, no matter how big or powerful, can address global climate change, terrorism, poverty or mass population displacement on its own. 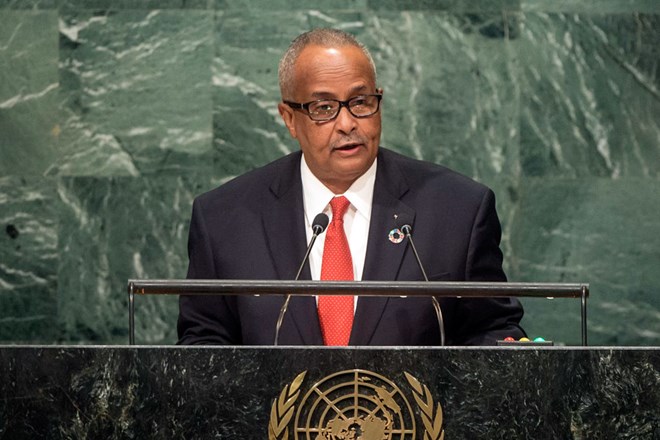 “In this age of globalization, interconnectivity and interdependence, there is a duty on us all to work even more closely together to protect and advance the common interests of all mankind,” said Minister Abdusalam Hadliyeh Omer in his address and expressed the Somali Government’s commitment to the UN Charter, as well as to the values of justice, peace and progress for all.

Speaking on his country’s response to terrorism, the Minister highlighted that, with the support of the African Union Mission in Somalia (AMISOM), the nation has made significant inroads against Al-Shabaab, and over the past four years, key towns and cities have been regained. Now, the terrorist group controls less than 10 per cent of territory in the country.

He also highlighted that his country recognized the importance of peacebuilding to address and respond to the international refugee crisis that it appreciated the contributions that migrant workers make to their new and old homes through remittances and cultural exchanges that are vital to promote tolerance.

Concluding his address, Minister Omer offered his assurances that as the global community takes important steps to tackle complex challenges, Somalia and its people will play their part in the solutions.