Algeria  – (warsoor) – Algeria plans to grant residency rights and job permits to illegal African migrants, responding to a shortage of workers in farming and construction while also seeking to combat a surge in racist sentiment.

Prime Minister Abdelmadjid Tebboune’s plan follows the launch of an anonymous online campaign that blames African migrants – whose numbers are unofficially estimated at 100,000 – for taking jobs and spreading the HIV virus that causes AIDS.

Youth unemployment is running at around 30 percent in Algeria, but the country also faces a shortfall of workers in some sectors as it tries to steer its economy away from over-reliance on oil and gas production.

To determine the number of beneficiaries of the scheme, the interior ministry is organizing a census while security services will screen potential residency candidates. 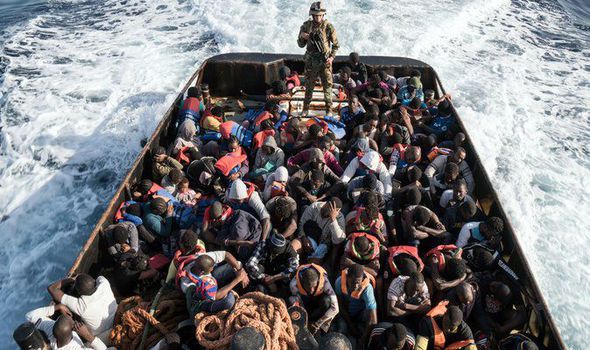 “They will get a residency document which will allow them to get a job,” Tebboune told lawmakers on Friday night. “We won’t allow any NGO or individual to tarnish the image of our country.”

He gave no further details on the scheme.

African migrants in Algeria are mostly from Mali, Niger and Burkina Faso and have come to escape acute poverty and terrorism back home. Some use Algeria as a transit country en route to Europe via neighboring Libya.

“That’s great news, I will be happy if I can work under the framework of the law,” said a young Malian working illegally in a housing project as a mason in Ouled Fayet, west of Algiers.

Tensions between Algerians and the migrants often boil over.

A year ago in Bechar, in western Algeria, rioting broke out after a local woman was believed to have been kidnapped by the migrants.

The online anti-migrant campaign has shocked many in Algeria, which sees itself as a leading influence in the Sahel region and more widely in Africa, for example negotiating a peace deal in 2015 in Mali.

The campaign also appears to have embarrassed the government in a country that takes pride in its history as a bastion of anti-colonialism after its own 1962 war of independence against France.

Last month a hashtag “No to Africans in Algeria” was widely shared on Twitter and Facebook, calling for expulsions to protect Algerian families and prevent “chaos”.

Algeria has embarked on politically sensitive reforms to modernize its still largely state-run economy, but it has been hit hard by a crash in oil prices that has deprived the country of more than half of its revenues.

The migrants already present in the economy tend to work illegally and are very often underpaid, human rights groups say.

Some economists doubt the government’s plan will make much difference to Algeria’s workforce, while others view it as a way to further monitor traffic across its southern borders, where Islamist militant groups are active.

“The goal of most of the migrants is definitely to reach the El Dorado in Europe,” economist Arslan Chikhaoui told Reuters. “Algeria is still only a transit destination.”