No decision we make as people more dramatically affects the direction of our country than the vote for our leader. Somaliland’s path to multiparty democracy wasn’t all rosy. It had many sweet and sour experiences. But the process rose despite great odds.

The popular belief is that peace prevailed in Somaliland earlier than any other part of Somalia after the Somali civil war and that is the chief reason why multiparty democracy prevailed in Somaliland. This is a notion that I utterly disagree. In fact, it is not consistent with the recent history of Somalia, where large swaths of territory were relatively peaceful and attempts to set up elective politics were made. But they all miserably failed. 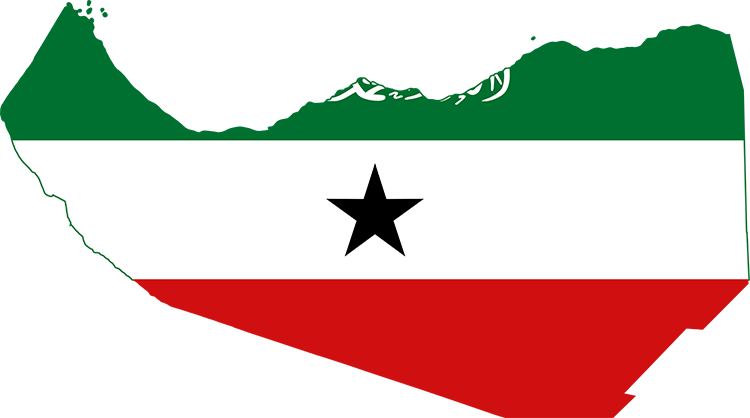 Let me clarify that I am not also bragging about being as a Somalilander living in a democratic ‘nation’ or that Somalilanders are more genius than other Somalis or with a better pedigree. The creativity and resilience of the people of Mogadishu have long been evident. The peace-loving nature of the people of Puntland is widely known.

But democracy in Somaliland has many things not be proud of too. Journalist incarceration, arbitrary arrests, shrinking democratic space, the banning of private radio broadcasting, not-all-inclusive parliament and clan-based politics still making up the bedrock of voting blocs and many more. All of these are compounded by a being an unrecognized state which itself comes with an assortment of hurdles. Yet it is the only Somali territory where people still cast their vote with some belief that they have a say in their future. The School of Oriental and African Studies (SOAS) called it ‘an African Success Story’. But this has attracted little derision from not only the international community but from the region too despite the Somaliland being the only place where an incumbent was changed through the ballot in the recent history of the Horn of Africa where regime changes only came through the barrel of the gun or the natural death of the leader.

So the question is what is particular about Somalilanders that enabled them to have a multiparty democracy? Below are some reasons which I firmly believe are attributable to it.

Egal was the architect of the multiparty democracy in Somaliland. The two defining moments of his presidency was winning the Internal Somaliland civil war and the ushering in a constitution which stipulated transition from clan-based electoral system to one-man-one-vote system. Yet such transition happened at a time of severe economic situation and devoid of foreign help. Mr. Egal put in place the system which he never lived to see. But it profoundly affected my generation that grew up in the 90s and early 2000s. I cast my first ballot while still in high school in 2003. I voted for the opposition but change never came then. It came some eight years later and peaceful to the surprise of many. This had been a momentous occasion and was a chance that my agemates in Mogadishu and Bossaso never got to date. This is a reminder that it takes one visionary man to change a nation.A man who can see far, like a giraffe, over the trees into the horizon. And who knows Somalia may get one too and sooner than we all thought.

The culture of the people had been based on consultation and negotiation against obstacles without use of violence way before the arrival of the colonial powers in late 19th Century. I. Lewis underscored such culture in his books “A Study of Pastoralism and Politics among the Northern Somali of the Horn of Africa” and “The Democracy of Sultan Diriye. In 1936, the first democratic political party — Somali National Society (SNS) — was announced in Somaliland, followed by a multiparty system adopted by creating three more political parties: SNL, USP and NUF. SNS vanished due to the emergence of the three new political parties.

With fervent belief, Somalilanders have had an implicit conviction that multiparty democracy will attract the international community’s attention to Somaliland’s quest for formal recognition, a phenomenon that has not come to fruition to date. The U.S. Under Secretary of State for Africa, told me in person while I was in the U.S. that recognizing Somaliland won’t help the situation in the East Africa region just as Eretria and South Sudan were a disaster too. But the renowned Professor Samatar of the University of Minnesota squarely blames the lack of recognition due on ‘misguided or lack of coordinated foreign policy’ since the unilateral declaration of independence in a region where succession and real democracy are both viewed with great skepticism.

This has been incredibly important that clan elders did not oppose a transition to democracy despite the fact that it greatly diminished their influence which included ripping off their power to elect the country’s leader. I think this must have been a great gesture from their side which is often overlooked.

Historically there was a colonial difference between North and South Somalia. The British rule had traditionally embolden local chiefs’ role in peoples’ lives which was in sharp contrast to the Italian rule which undermined such model. Because the local chiefs and sultans were held in high esteem, their call for disarmament after the civil war was heeded to. Again the British parliament is the oldest democracy the world has ever known and drawing experience such system into Somaliland was not a surprise. But the Italians produced one of the 20th century’s worst dictators, Benito Mussolini. It wasn’t worth of copying to Southern Somalia at all.

While the Somali people are generally conservative, yet Somalilanders have traditionally been the most liberal within this conservative way of life. This does not mean they are less religious than the rest of Somalia but they are most tolerant to non-conservative ways of life. As democracy is always associated with liberalism, it was no surprise Somaliland was the first place where such model of governance worked after the Somali state collapse. The Somali military regime banned multiparty democracy throughout its 21-year grip of power.

Most Somalilanders will unequivocally tell you that they no longer have any grudge against South Somalia. I totally agree with them. But that does not mean that an overwhelming resentment toward the South was initially a major unifying factor which leaders at them time rallied the people behind .

Somaliland was fortunate enough that the early years of its formation did not coincide the current war on terror and the process of forming it was largely devoid of foreign intervention.

While I don’t carry the prejudice of ever writing off the possibility of democracy in Somalia or never go down the great depth that multiparty democracy is not possible or feasible in South Somalia, but it will be a big story perhaps making Somalia share the same name with the 2016 Oscar winning movie,the ‘Revenant’ starred by Leonardo De Caprio of which I will not shy away of calling Somalia ‘The Revenant Nation’.

Hamse Ismail is a clinician-turned-writer-and-human-rights-activist based in Hargeisa, Somaliland. Mr. Ismail is a former Mandela Washington Fellow at the University of Delaware, USA. He is a national contributor to various newspapers and websites. Tel. 4446272