HARARE – (warsoor) – Zimbabwe’s High Court on Tuesday ordered a state diamond company to stop all mining activities because it had not received a permit from the environmental agency allowing it to operate.

The Zimbabwe Consolidated Diamond Company (ZCDC) was formed in March last year after President Robert Mugabe’s government evicted all diamond mining firms in the Marange fields in the east of the country saying their licenses had expired. 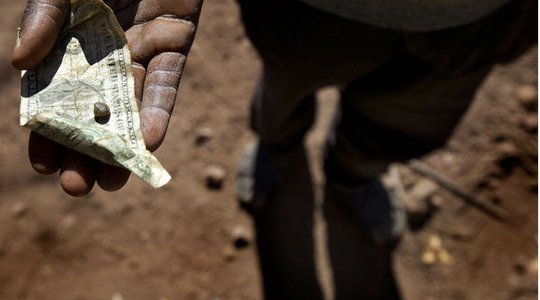 But ZCDC had argued that it should be allowed to continue operations until EMA approved its license application.

Under Zimbabwean law, a mining company can only start operating after carrying out an environmental impact assessment of its project, which should be approved by EMA.

Fred Moyo, deputy minister at the mines ministry, which is in charge of ZCDC, told online news agency The Source that he was unaware of the ruling but that “the management of ZCDC should have known and abided by the law.”

ZCDC has said it plans to produce 2.5 million carats of diamonds this year, up from 961,000 carats last year.