Nairobi – (warsoor) – The United States embassy in Gigiri, Nairobi, including its consular section, will remain closed today following the shooting death of a man near the gate on Thursday. 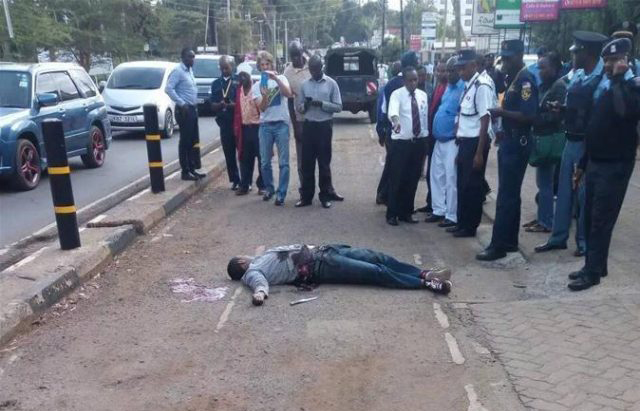 According to a statement posted on the embassy’s website, the consular will resume business on October 31.

However, emergency services for US citizens will be available, the embassy said.

A man was shot dead outside the embassy after he stabbed a General Service Unit (GSU) officer with a knife.

A statement released by the embassy confirmed the shooting, adding that “no Embassy personnel were involved”.

The suspect was trying to forcibly gain entry into the embassy when he was blocked by the Kenyan officer at the gate.

The attacker stabbed the GSU officer in the head and right hand before the officer gunned him down.