Libya – (warsoor) – At least three children were killed and 20 people wounded by a car bomb in the Libyan city of Benghazi on Monday, witnesses and a medical official said.

A Reuters reporter saw billowing smoke and flames at the site of the explosion near the city’s Jala hospital, which witnesses said had been caused by a car bomb. A hospital official said the bodies of three children had been received.

Benghazi has been the scene of fighting between the Libyan National Army (LNA) and Islamist-led opponents for more than two years. The LNA has made major advances in this year, but faces pockets of resistance in parts of the city. 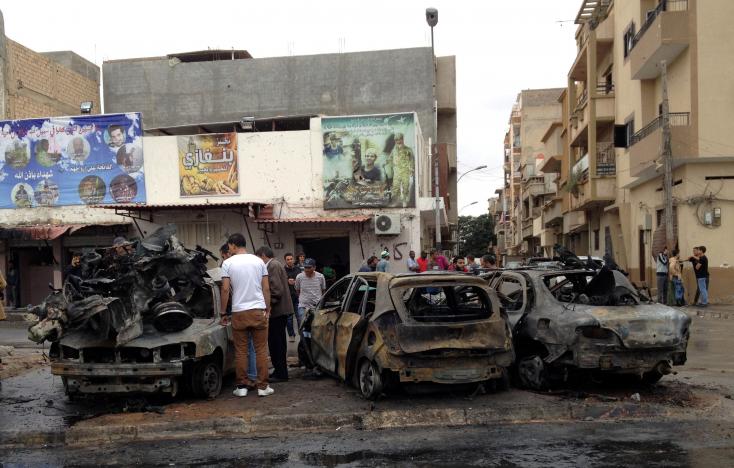 There was no immediate claim of responsibility. Several car bombings in recent weeks targeting the LNA and its supporters have been claimed by the Benghazi Revolutionaries Shura Council (BRSC), the main group fighting the LNA, and by Islamic State.

Benghazi has seen some of the heaviest fighting in Libya’s conflict, which developed as rival factions battled for power and oil wealth following the revolution that toppled Muammar Gaddafi in 2011.

It came after the LNA drove its opponents late last week from the long-contested southern district of Guwarsha and claimed progress in its campaign to capture the besieged district of Ganfouda.