Mr. Osman Abdilaahi Sahardid (Adani) Minister of Information on his press release stated clearly that media has broadcasting false claims. He insisted that we could not make any media budget corruption. The minister confess that are limited budget was released the ministry and could not afford to cover all the minister costs. 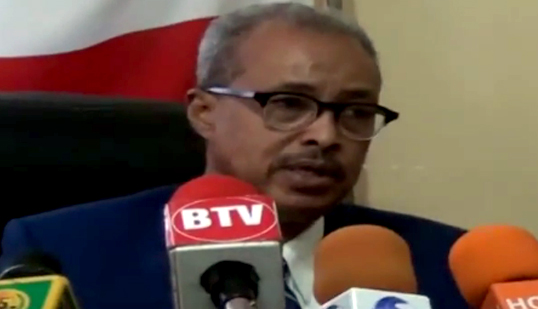 “I’m hereby clarifying, the minister budget is holding the vice minister of information which is set section by section. I could not find penny of minister budget at all, everything back to the ministry expense. The very few budget allocated ministry for 18 may is not enough. The budget will not cover all the performers in regions and the other process that would not be sufficient”, said minister Adani.

Somaliland Minister of Information stated that he will summon to media behind the accusations of minister corruption.

Minister Osman Adani says that will not be tolerated any false labeling and defamation against anybody that has not done any misconduct.