Mogadishu – (warsoor) – The National Intelligence and Security Agency of the federal republic of Somalia has on Sunday issued strong warning message which says that there is nobody other than NISA itself and the Somali Policemen who are securing the security of the city is allowed to carry weapons of any kind in the city in the next two days to come.

This message is predominantly going to the private owned security companies which have their armed security guards. 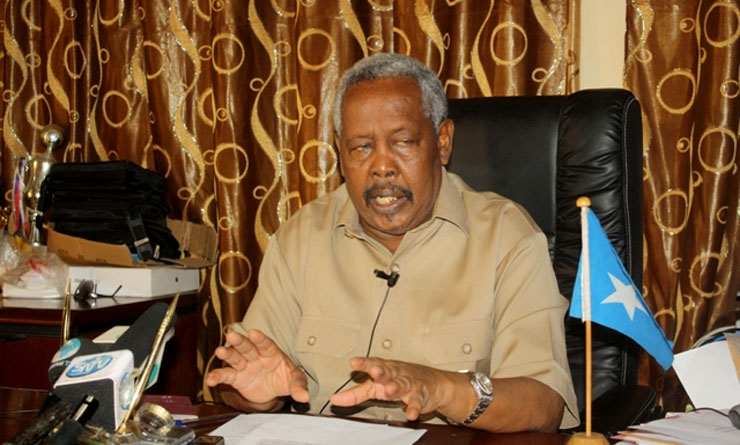 This message is officially signed by brigadier General Abdullahi Gafow the commander of the National Intelligence and Security Agency. 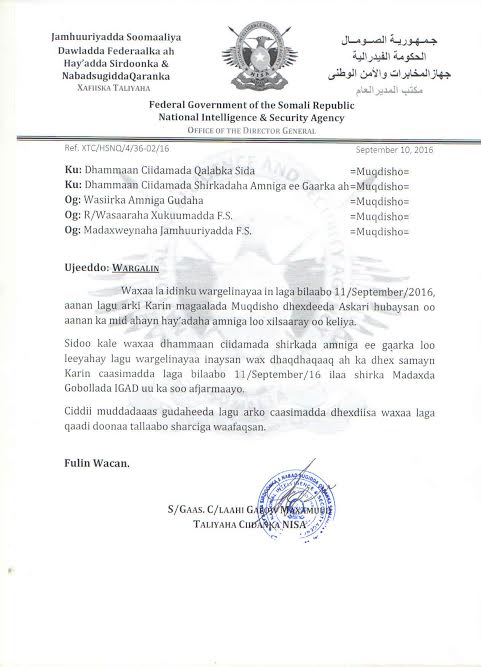