France – (warsoor) – Aid workers accused France and Britain on Sunday of failing more than 1,300 unaccompanied child migrants whose future remained uncertain just a day before the French government begins dismantling the filthy camp where they are holed up. 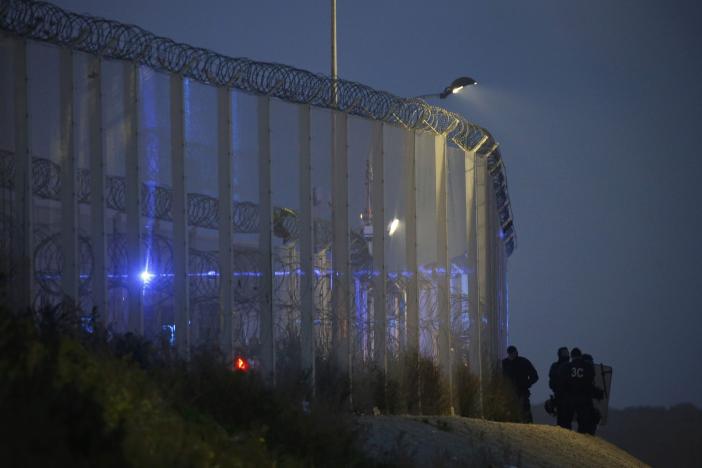 Charities operating in the makeshift camp dubbed the “Jungle” near Calais have criticized the slow pace at which British and French officials have processed the papers of children fleeing countries such as Syria, Afghanistan and Eritrea.

The U.K. government has prioritized children and youths who can claim family ties in Britain and on Friday a French Interior Ministry official said they were still negotiating over hundreds more with no such connections.

“All this should have been done a long time ago,” Francois Guennoc from the charity Auberge des Migrants told Reuters.

Allaodil, a Sudanese boy who says he is 14, was wandering on Sunday through the Jungle’s garbage-strewn mud alleyways, shivering underneath a blanket.

“My brother has been in the United Kingdom, in Glasgow, for three years and has a job there,” said Allaodil in faltering English, adding that he wanted to join his elder sibling.

He said the British authorities were aware of his case but still did not know whether he would be granted asylum in Britain or forced to relocate in France.

With its makeshift shacks and poor sanitation, the Jungle has become a symbol of Europe’s failure to solve the migration crisis and a sore point in relations between Britain and France.

France’s Socialist government will begin demolishing the camp on Monday on humanitarian grounds, it says. Most migrants in the camp want to cross the narrow stretch of sea to Britain.

The Jungle and immigration more broadly are a divisive theme in campaigning before France’s presidential election in April, with leading conservative candidates pledging to move the border with Britain from Calais to southern England.

Some conservative politicians say Britain should take in all the Jungle’s 6,500 inhabitants.

“This is an insult for those (French people) … who live here below the poverty line,” said far-right lawmaker Marion Marechal-Le Pen, a niece of the National Front leader Marine Le Pen, speaking in a rural town in southeastern France.

Aid workers say hundreds of migrants may refuse France’s plan to resettle them in reception centers across the country while their asylum requests are considered. France says those who refuse to move on from the Jungle face arrest.

“I’ll stay here, whatever they say,” said 24-year old Ali Ahmed, from Sudan, refusing to give up on getting to Britain. “I have seen worse than this. And prison wouldn’t be so very different from the Jungle.”