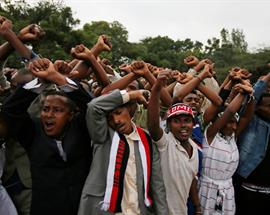 The move was made a day after Prime Minister Hailemariam Desalegn announced his surprise resignation in a televised speech on Thursday, saying he wanted to smooth the way for further reforms.