Somalia – (warsoor) – *The delay in Somalia’s presidential election raises concerns of election manipulation and increased inter-clan disputes within the additional one month to November 30. 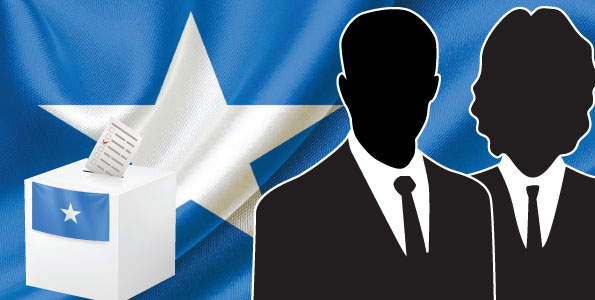 The United Nations Special Representative to Somalia Michael Keating said the delay has raised concerns that the process is being politically manipulated, which contributes to more delays beyond the new date of November 30.

“The scope for political manipulation of the process remains high. But, having closely accompanied the work federal and state electoral teams, I believe that this further delay was not orchestrated by any actor seeking immediate political benefit,” said Mr Keating while briefing the UN Security Council on September 27.

“What is most critical at this point is that the new extension does not create political space for manipulation or disruption by spoilers.”

NLF members, who are contesting the presidency but who had promised a free and fair elections are President Hassan Sheikh Mohamoud, Prime Minister Omar Abdirashid Sharmarke and president of South West Interim Admonition, Sheriff Hassan Sheikh Aden. Others are the deputy speaker and regional presidents of Puntland, Jubaland and Galmudug.

Among the key factors that forced the postponement are logistical and security challenges, insufficient resources, failure by some traditional elders to pick the electors, and the absence of the Election Dispute Resolution Mechanism.  Some clans also disputed the 30 per cent quota for women.