Kenya – (warsoor) – Leading financial services company Dahabshiil is urging for a concerted efforts from various agencies to help millions who are starving in East Africa.

Leading financial services company Dahabshiil is urging for a concerted efforts by government, corporates and non governmental organisations to save millions of East Africans from starving to death due to the raging drought across the region.

Dahabshiil Chief Executive Officer Abdirashid Duale said the drought is seriously affecting livelihoods, the economy, security and other aspects of life in the region. 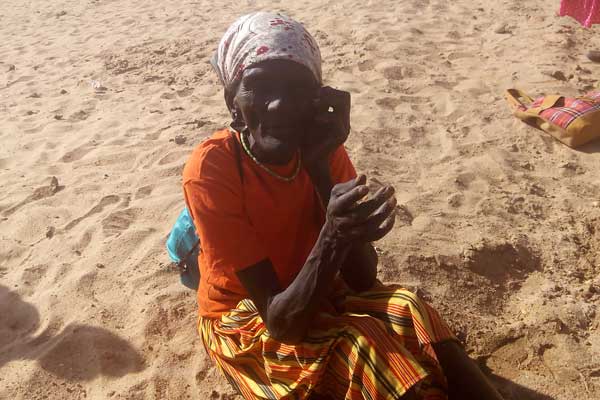 Dahabshiil has already donated hundreds of thousands of dollars to help people in the region and it has urged businesses, governments, non-governmental organisations and local and diaspora communities to rally together to help those affected.

Mr Duale said many are already helping, but everybody needs to do more as the situation is very severe.

The Kenyan government has been asked to declare the drought a disaster.

Pastoralists are already losing their herds due to lack of water and pasture.

About 1.3 million people in Kenya’s arid and semi-arid lands are currently in need of food assistance.

“Things are getting out of hand. We must act in time,” stated Duale.

Duale said the situation will get worse if action is not taken.

Dahabshiil, through remittances and donations, has helped improve the lives of those affected by the drought

It is arguably one of the most important multinational businesses in Africa, helping to transfer remittances and provide a vital source of income for African communities and businesses.

While remittances account for its core business, Dahabshiil also provides banking services to local businesses as well as assisting in the management and distribution of funds for local, regional and international humanitarian and development organisations that work with communities affected by conflict, drought and famine.

The company is crucial to the work of these organisations, especially during times of hardship.

“This is the time when remittances are needed more than ever. The affected need money to buy food, access clean water and pasture for their families and animals,” observed Mr Duale.

The United Nations Food and Agriculture Organisation (FAO) recently warned Kenyan authorities about the impending threat of food insecurity in 2017.

The country has suffered an alarming loss from drought since 2016.

In some areas in the country, some schools have had to shut down due to water shortage.

Children walk for more than 10 kilometres in search of water when they are supposed to be in class.

“We have visited several schools where headteachers are [having] difficulties running their schools due to [the] dry spell.

“Many of the children, especially girls, have dropped out because they are forced to either assist their parents [in fetching water or taking care of their homes],” said Hassan Ismail, the Womankind Kenya child programme officer.

Recently, the Kenyan government announced it will release Sh2.5 billion out of a budgeted sum of Sh5.1 billion to deal with drought.

FAO has also released $400,000 to spend in Kenya on training, vaccination, animal feed and encouraging people to sell animals before they fall sick.

The situation is not any better in Ethiopia and Somalia.

Millions of Ethiopians face hunger and the United Nations has appealed for more than $900 million in aid.

“The impact is expected to be most dire in early 2017 among livestock, with unusually early migrations, excess mortality rates and extreme emaciation,” FAO said in a statement.

A serious drought has left parts of Somalia at risk of famine and some 320,000 children are already severely malnourished and in need of care, according to the UN humanitarian agency.

“The levels of humanitarian suffering in this country triggered by projected conflict, seasonal shocks and disease outbreaks are typically hard to bear. But the impact of this drought represents a threat of a different scale and magnitude,” said Peter de Clercq of the UN Office for the Coordination of Humanitarian Affairs (UNOCHA).